The St Francis Credit Union Clare Community Games U11 mixed basketball competition was held in Gurteen on Sunday 10th February. Kilrush were deserving winners and they beat Cooraclare Cree Blue team in the first game 20 - 4 and then Cooraclare Cree Navy team 17 - 4 in the final. Cooraclare/Cree navy team beat Doora/Barefield 9 - 4 in their
first game to get into the final. Cooraclar/ Cree blue team beat Doora/Barefield in a very close game 10 - 8 to win bronze medals. 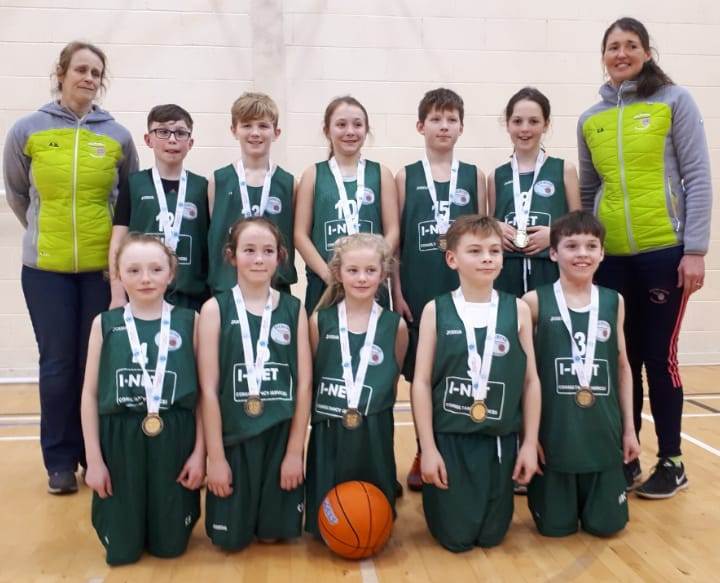