The Girls u13 Basketball competition took place in Gurteen yesterday Sunday February 24th. There were six teams involved. Cooraclare/Cree won the first game against Quin Clooney by a very definitive scoreline. The second game between Doora Barefield & Ballynacally/Lissycasey was a much closer game with Ballynacally just winning by 1 point 10-9. Clarecastle were then beaten by Ballynacally/Lissycasey in the first semifinal 8-2. The other semifinal was a very exciting nail biting close encounter between Kilrush & Cooraclare Cree. There was very little between the two teams with Cooraclare winning out in the end by one basket, 20-18.

Kilrush then played Clarecastle/Ballyea in the playoff for third & fourth place. Kilrush won that game 22-6. In the Final we had Cooraclare/Cree & Ballynacally/Lissycasey who were first time entrants into this competition and they put up a tremendous fight but Cooraclare/Cree were once again too strong for their opponents and came out on top Winning Gold medals & they will now go onto represent the county at the Munster finals in May. The final score was 22-8.

Many thanks to Jacinta McEvoy and her team for coordinating the event. 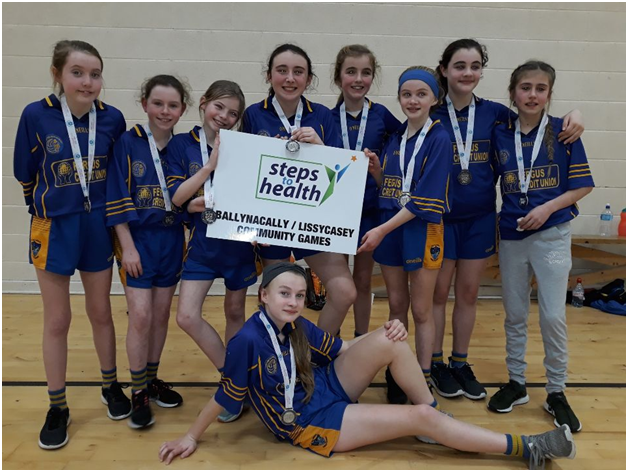