The MUNSTERGROUP Clare Community Games Chess competitions for U-12 & U-16 took place on Sunday 3rd Feb in St Flannan’s College, Ennis. The Co-ordinator was John Cassidy of Ennis. In the u-16 competition only three Teams took part. The standard was extremely high with very little deciding the round robin matches. Shannon came out on top narrowly beating Ennis St John’s 3 – 2 in final. They now go on to represent Clare in the Munster finals in Tralee on 30th March. In the u-12 competition eleven teams took part. The standard here was also very high. This also was played in a round robin competition in two groups. Ennis St John’s two teams together with Shannon & Quin/Clooney contested the semi finals. Shannon and Quin/Clooney emerged to the finals with Shannon winning on a score of 3-2. The two Ennis teams played for the bronze medals with Ennis B coming out on top. 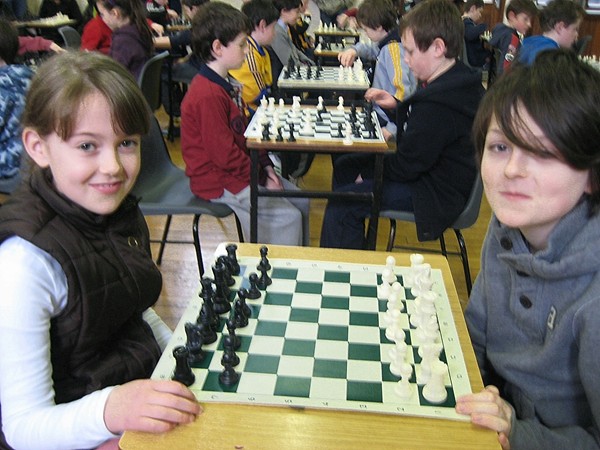