The St Francis Credit Union Clare Community Games were represented by three teams in the Munster Chess Finals on Saturday 2nd July in Ballybrown Community Centre, Clarina. It was coordinated by Micheal O’Brien, Munster Treasurer. All three Clare teams were up against teams from Clontead-Kinsale, Cork. A young U11 Newmarket-on-Fergus team won gold medals and the honour to represent Clare and Munster in the National Finals in Carlow in August.   In the U13 final the Doora/Barefield team put up a very good fight but were beaten into silver position by Clontead-Kinsale. In the U16 finals Ennis St John’s team took on Clontead-Kinsale, Cork. The Ennis side showed their vast knowledge and experience to overcome the opposition and win the gold medals and will now go on to represent Clare and Munster in the National Finals in August. 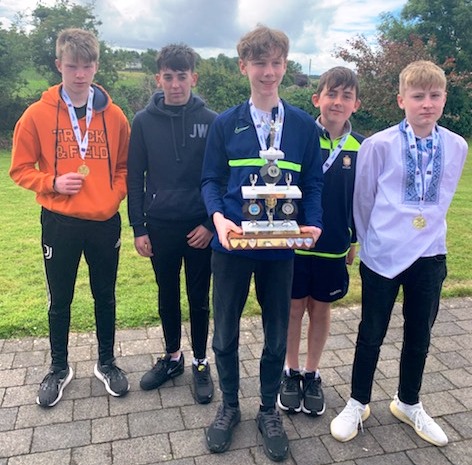 The St Francis Credit Union Clare were represented by one team in the Munster Draughts Finals which were held on Saturday 2nd July in Ballybrown Community Centre, Clarina, Co Limerick. It was coordinated by Micheal O’Brien, Munster Treasurer. Only two counties participated Clare and Cork. In the Draughts competition U12 the team from Sixmilebridge/Kilmurry took on Ballincollig of Cork. It was a very close match right to the end with the stronger Cork side edging ahead to win by a very narrow margin on a score of 11pts to 9pts. The Clare team came home with Silver medals.

Well done to all who participated and many thanks to Mary Phelan, PRO, for the match report and photos.