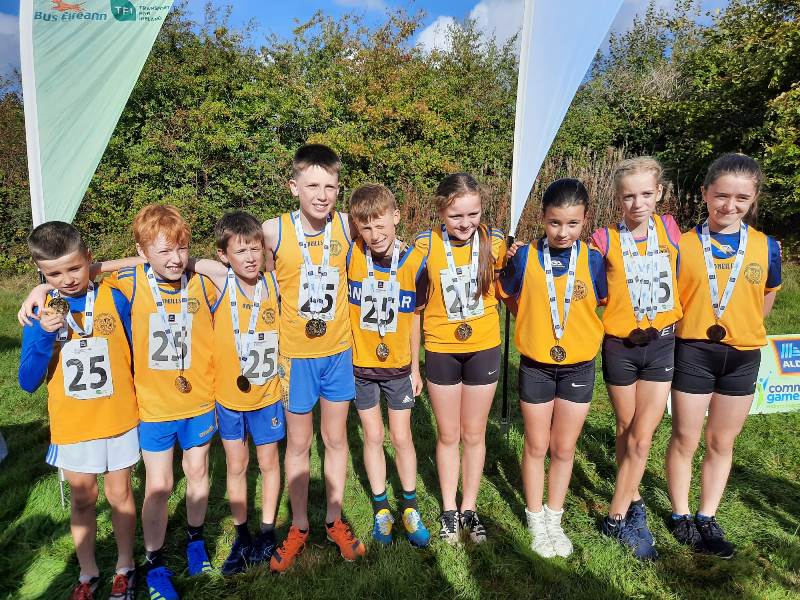 St Francis Credit Union Clare Community Games were represented by thirty-three children in the National Finals of the U13 1200m Cross Country and the Mixed Distance Cross Country Relays for U12 and U14 boys and girls on Saturday 8th October in Navan Adventure Centre, Navan, Co Meath. The weather conditions were fantastic. The U13 Cross Country team put in a fantastic display to maintain County Clare’s very good record and brought home the gold medals with Emma Haugh, Ballynacally/Lissycasey and Ryan Kelly, Newmarket-on-Fergus both finishing 2nd in their races and winning Individual Silver medals. In the Mixed Distance Relays the U12 Girls Also won Gold medals.Bronze medals were won by both the U14 boys and girls Relays. 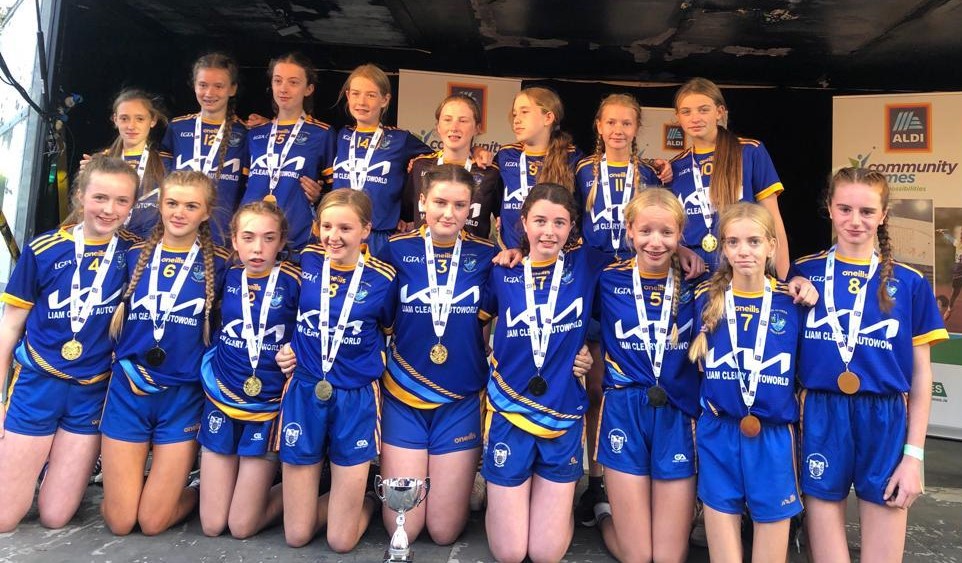 St Francis Credit Union Clare Community Games was represented by ninety-three children from ten across the county at the National Community Games Finals in the beautiful facilities in U.L. on Sat 24th Sept. They participated in U14 Girls Gaelic Football, U13 Girls and U15 Boys Rounders, U12 Boys Soccer, Cycling, Marathon, and forty- three swimmers in individual and squads. The competition in all events was extremely high. They brought homme Gold in three events, Silver in four, Bronze in three, 4th medal in two. Several competitors were very unlucky to be very narrowly beaten to finish just outside the medals. Sammi O’Donoghue U10 Freestyle swam her personal best in her first National Final. Michael Cahill – Quin/Clooney U12 Cycling was narrowly beaten for fourth place in a very competitive event. Nicole Keane Inagh.Kilnaona came in a very close fifth place in the Marathon, Nicola ran most of the course on her own she was the county’s only marathon competitor.

Clodagh O’Hagan in the U12 Freestyle had a fantastic swim to finish well clear to secure her gold medal. Gold for Odhran O’Toole in the U10 Backstroke. The Ballynacally/Lissycasey U14 Girls Gaelic Football beat the Ulster champions Donaghmoyne, Monaghan in the semi final 2-13 to 3-1. In the final they were up against Clontarf, Dublin. It was a very close match all the way. The Clare girls showed their talent and skill to come out winners with a last-minute point to clinch the gold on 2-7 to 1-6.

Sixmilebridge/Kilmurry had two Rounders teams at the finals. The U13 girls met a very professional Erne Valley, Cavan but the Bridge girls were outclassed. The met Glynn/Barntown of Wexford in the playoff the Sixmilebridge/Kilmurry girls put in a good performance with came out with fourth place medals. The U15 boys put in a great display of skill to outclass the Ulster champions Clontibret, Monaghan in the semi final. They met Breaffy, Mayo in the final the teams were level going into the final inning but the Bridge boys were unfortune to lose out by just one run. Brilliant display from two teams who only started playing Rounders nine weeks ago.

St Francis Credit Union Clare Community were represented by ninety children from eleven areas in the National Finals of the Community Games Arts & Cultural events on Saturday 27th and Sunday 28th August in Carlow. They participated in – Chess, Draughts, Quiz, Art, Model Making, Solo and group music, Solo and group singing, Recitation, Choir U13 and U16. They came first in three events, one second, two third and four fourth place bring home Twenty-seven Gold, One Silver, Eight Bronze and Twenty-Five Fourth place medals a total of sixty one medals. The standard was extremely high but those who were outside the medals enjoyed and learned from the experience of being in an All Ireland Final.

Well done to all 198 children who participated in the HSE Community Games National Finals in Athlone last weekend (27-29 May 2011). Clare brought home a total of 96 Medals: - 40 Gold, 26 Silver, 22 Bronze and 8 4th Place. A magnificent performance.