St Francis Credit Union Clare Community Games did extremely well in the National finals held over the weekend in the National Sports Campus in Abbottstown. The 180 children who participated did themselves, their area & County proud. They took part in a wide variety of sporting & cultural events. They achieved 9 firsts, 17 seconds, 2 Thirds & 8 Fourth places. Make a total of 109 medals. A large number of children reached the finals but were unlucky not to be in the medals. The standard was extremely high in most competitions. Some children won two medals including Gabriel Kehinde who won silver in Saturday in their relay and Gold on Sunday morning in his 100m U16 which was a brilliant finish to his career in Community Games as he is over age nest year. Brothers Morgan & Jack Leahy From Cratloe won Gold medals in U10 & U14 Model Making this was not Jacks first national title. Zoe Quinn from Tulla won a silver medal in the u11 project then went ahead to win another silver in u10 Model Making. 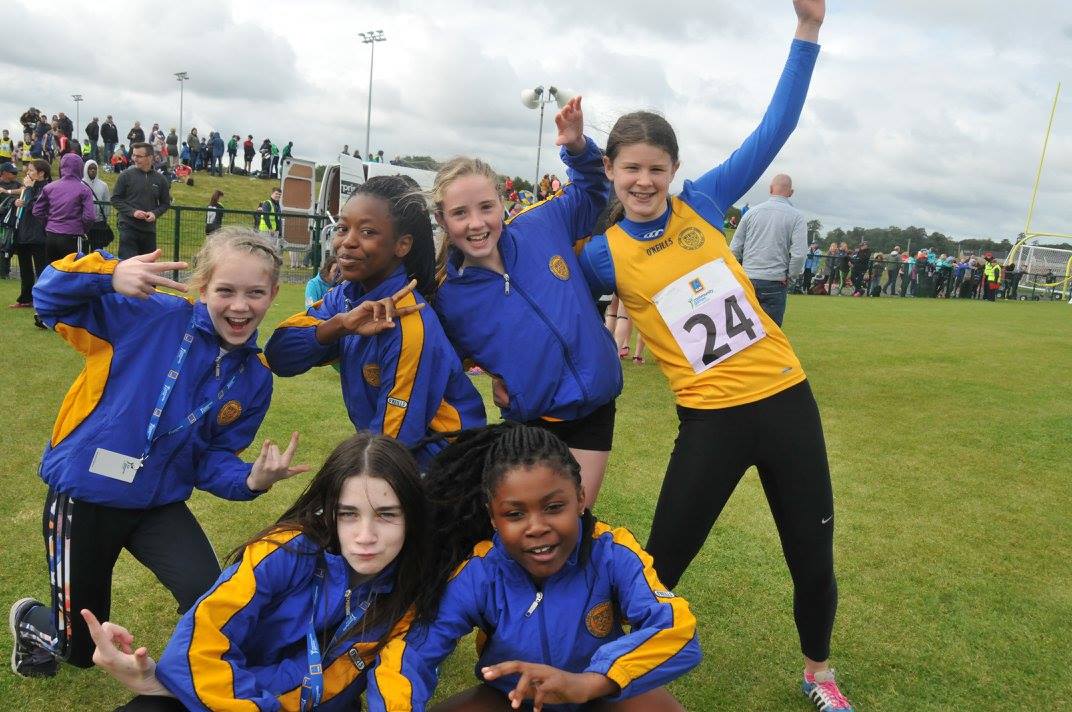 St Francis Credit Union Clare Community Games will have over 180 children from twenty areas across the County participating in a large number of both sporting & cultural events in the National Finals in National Sports Campus, Abbotstown, Dublin 19th & 20th August. Clare has a very proud record at the finals and expectations are high that this year will be even better. They will participate in Athletics Track & Field, Duathlon, Cycling, Art, Model Making, Handwriting, Project, Group & Solo dance, Group & Solo music, Solo Recitation, Group & Solo Singing, Girls Gaelic Football U12, Choir, Boys Pitch & Putt, Handball Girls U13 & Indoor Soccer Boys U13. This is the second weekend of National Finals this year, the first was in May. The 180 will make up 10 relays, 8 groups & 4 teams.

See photos of all those going to the National Festival and see full list of names and events below.

A number of children will participate in two events –

A large number of the children are no strangers to Community Games or indeed the National Finals as many of them have participated in National finals before.

In Pitch & Putt the Sixmilebridge/Kilmurry will be trying to better the Bronze medals they won last year.

In Art Ruairi McGowan is aiming to better the Silver medal he won last year U8.

Ella Doherty will also be aiming to better her Silver in Duathlon last year as are the Kilkishen/O'Callaghans Mills/Oatfield girls Handball team.

In 2017 Clare are represented in the U11 Project by a talented trio from Tulla. Lisa Nicholas is no stranger to National Finals having competed for Clare in 2016 in Athletics her sister Jennifer also competed for Clare in gymnastics in 2016. Lisa has had a terrific year in Clare County Community Games Events, as well as securing a gold in the project, she won a silver medal in the ball throw and bronze medals in gymnastics, cycling on grass, solo recitation, model making.

Sisters Evie and Zoe Quinn also have had great success this year in County Community Games events. Evie won county gold medals in the project, athletics, art, solo recitation, draughts and has chosen to represent Clare in athletics in the National Finals.

Not to be outdone by her big sister, Zoe won gold medals in the project and art and bronze in gymnastics. She also took part in the new pathway under 9 multi events team games where the Tulla team finished 4th and had great fun taking part. Evie and Zoe s mum also competed for Clare in Athletics is Mosney in the past.

The trio have composed a short poem a part of their project and as very much looking forward to representing Clare in the National Finals in Project u11, Art u10 and Athletics u10.

U16 BOYS PITCH AND PUTT