The St Francis Credit Union Community Games children did extremely well having great success at the National Community Games finals which were held in the beautiful facilites in U.L. In ideal weather conditions over the weekend of 17-19 August. The standard in all events were extremely high and some Clare children were unlucky not to be in the medals. Of the 187 children from Clare who participated 114 brought home medals. Clare got Gold in 1 Individual and two teams, Silver three Individual and two teams, Bronze in three Individual and four teams, 4th place Pewter medal in four Individual and three teams. The individual gold went to Clodagh O'Hagan from Kilkishen/O'Callaghans Mills/Oatfield when she put in a fantastic sprint in the U8 80m event to beat off the opposition. Gold went to the two Quin/Clooney teams in both Skittles and Tag Rugby.The first Clare medal of the weekend came on Saturday morning when Ella Dillon from Meelick/Coonagh put in a fantastic jump to win Silver in the High Jump. 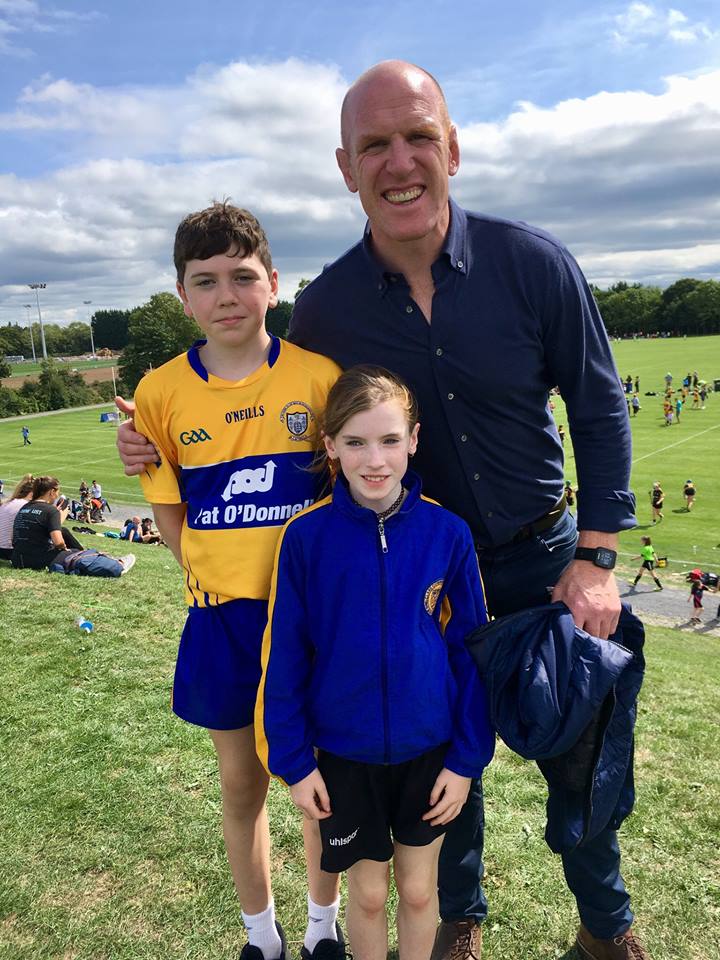 A number of participants qualified in their heats to semi finals but didn't make it to the finals. Those who qualified for finals but were unlucky not to be in the medals due to very stiff competition. Were Caoimhe Cahill – Inch/Kilmaley/Connolly – 80m Hurdles, Cian O'Boyle – Ennis St Johns – 800m, U15 Mixed Relay – Inch/Kilmaley/Connolly & U16 Boys Relay – Ennis St Johns.

In Camogie the Derg girls went down to Meath in round 1 and Galway in round 2 to bring home Bronze medals.

In Futsal the U13 Boys came up against a very strong Newbridge, Kildare side, despite putting in a great performance they went out 3 – 1. They put up another good show to beat Monaghan 8-0 to win Bronze. The U15 Girls team also brought home bronze after losing out to Mayo & Meath.

The Gaelic Football U10 from Ballynacally/Lissycasey team did extremely well when they overcame Clontarf, Dublin in the semi final 6-7 to 4-5. They came up against a much stronger side from Oranmore, Galway in the final. The Galway side went ahead by 7 points but the Clare team fought back to within a pt before Oranmore went ahead to win. It was a fantastic game of football from two very talented teams. The future looks bright for football in Clare.

The U12 Boys Soccer from Doora/Barefield went down 2 – 1 to Longford in semi finals. They were beaten by a much stronger team in the final and brought home 4th place medals.

The U14 Tag Rugby team fromm Quin/Clooney lived up to their usual high standard when they beat Milltown, Kildare 13-10 in semi final they then went on to overcome St Mary's, Sligo to take the Gold medals.

Many thanks to County PRO Mary Phelan for compiling results and to Secretary Mary Loughnane for taking so many excellent photos.