Written by Stephanie Leonard on 01 January 2010.

The Golden Vale Milk Clare Community Games Hurling competition took place on Saturday 15th of May at St Flannans College Ennis in ideal weather conditions.  The Co-ordinator Adrian Hogan from Kilmurry Sixmilebridge did an excellent job. All matches were run off very efficiently and on time.  There were some very good & exciting matches.  The referees on the day were Brian McDonnell of Kilmaley, Kevin McNamara of Sixmilebridge & Noel McInerney of Newmarket-on-Fergus and they all did a great job.  In the quarter finals Newmarket-on-Fergus got a walkover from Derg.  Shannon were beaten by a much stronger Sixmilebridge/Kilmurry. Clarecastle/Ballyea beat Kilmaley while Doora/Barefield beat Ennis by 1 point in extra time.   In the semi-finals Sixmilebridge/Kilmurry beat Newmarket and Clarecastle/Ballyea beat Doora/Barefield.  The final was a very exciting and tough match with Sixmilebridge/Kilmurry coming out as winners 5-4 to 2-2.  Sixmilebridge went on to represent Clare in the Munster finals in July where they secured Silver medals.  The medals were presented by Clare hurler Colin Ryan. 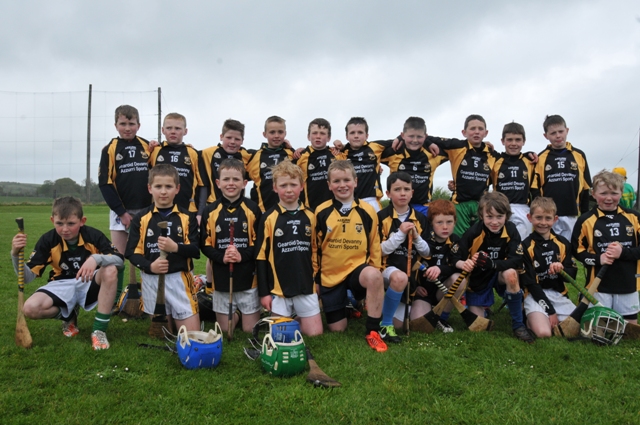 The MUNSTERGROUP Clare Community Games Hurling competitions were held in Gurteen on Sunday afternoon, 12th May, in cold, wet & windy conditions. The standard was high with some very exciting matches. Six teams took part as a number of teams withdrew from the competition. In the first round Ennis St John’s met Quin/Clooney but the Ennis side were the more experienced side and won 3-4 to no score. Clarecastle/Ballyea met Doora/Barefield in Quarter finalDoora/Barefield won 3-6 to 1pt. In the Semi finals Derg beat Ennis St John’s 3-2 to 1-1. Sixmilebridge/Kilmurry won from Doora/Barefield 6-8 to 1pt. The final was a very close tough match from two very even teams. Derg came out winners from Sixmilebridge/Kilmurry by the narrowest of margins on a score of 1-3 to 1-2. Doora/Barefield and Ennis St Johns contested the bronze medals with Doora/Barefield winning after extra time leaving the 4th place certificates to Ennis St John’s. Derg now go forward to represent Clare in the Munster finals in Tralee on 29th June depending on the draw.

The munstergroup Clare Community Games U11 Hurling competition takes place at Gurteen GAA Club on Sunday 11th May with first set of matches starting at 1.30pm sharp. Teams are asked to be there 30 minutes before the starting time. There will be two referees, therefore, two games will be played at the same time.

The MUNSTERGROUP Insurance Clare Community Games Hurling competition for U-11 boys was held on Bank Holiday Monday in Kilkishen hurling field.  It was coordinated by Pat Loughnane and a group of helpers.  The referees were Rory McGann & Noel McInerney.  Ten teams competed for the honour to represent Clare in the Munster finals in July.

Written by Stephanie Leonard on 01 January 2016. 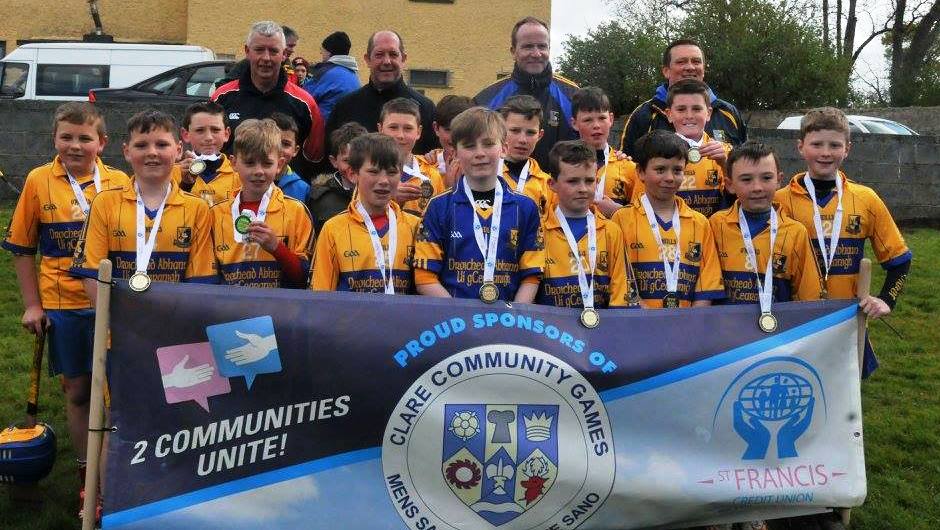 The St Francis Credit Union Clare Community Games U11 Hurling competition took place in Kilkishen on May Bank Holiday, 2nd May, and was expertly co-ordinated by Pat Loughnane and his team from Kilkishen/O'Callaghan's Mills. Many thanks to all the volunteer lines men - Brendan Noonan, Ollie Driscoll, Aiden Moroney, Tom Loughnane, Ciaran and Gerry Cooney and to Tina and Pauline for the tea and coffee. Wishing Sixmilebridge/Kilmurry all the best at the Munster competition. The full results are listed below. 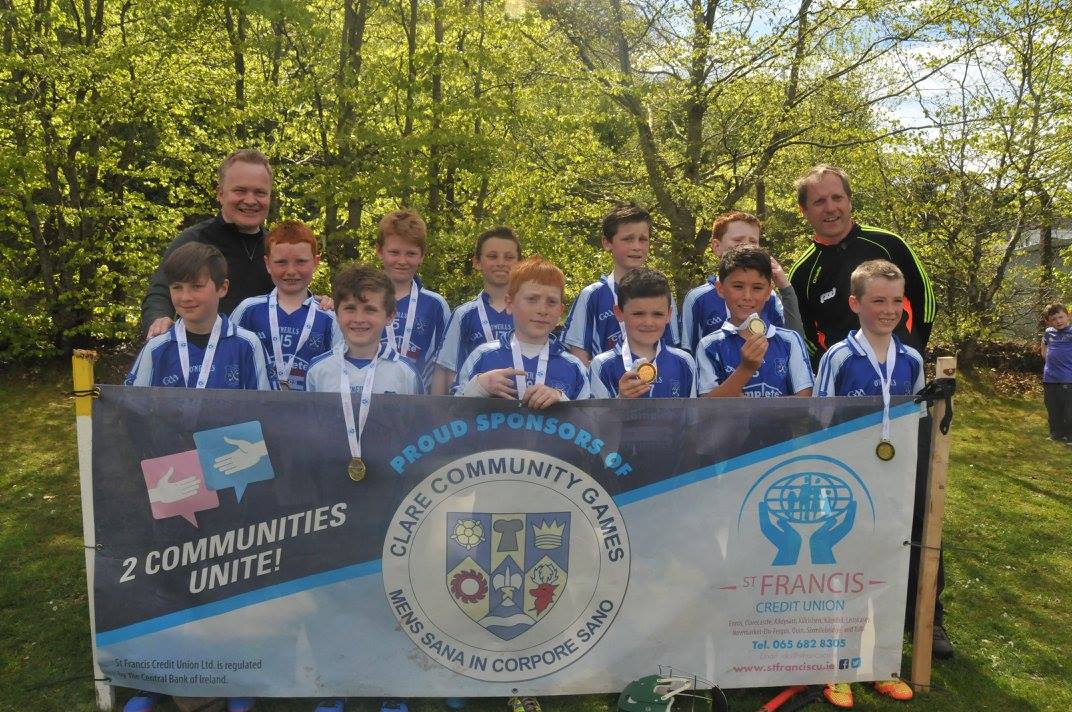 The St Francis Credit Union Clare Community Games Hurling competitions for U11 boys were held on Bank holiday Monday, 1st May, in Broadford GAA Pitch in glorious sunshine. The pitch was in splendid condition. Eleven teams took part. The Standard was extremely high with some great displays of skill & teamwork. The co ordinator was Pat Loughnane with a team of capable assistants including referees Kevin Walshe & Andrew McMahon. Cratloe were the well deserving winners by the narrowest of margins after a very close final. Cratloe now go forward to represent Clare in the Munster finals in U.L. on 1st July. 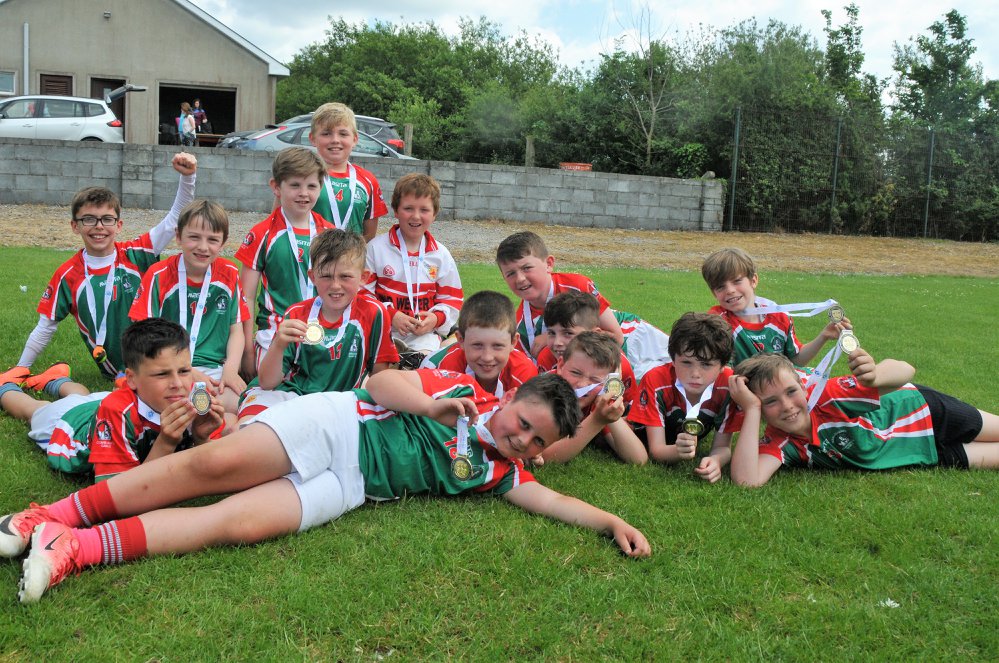 The St Francis Credit Union Clare Community Games hurling competition for boys U11 was held on Bank Holiday Monday 4th June in glorious weather conditions in O'Callaghans Mills GAA Pitch. It was coordinaated by Pat Loughnane with his efficient team of referees and assistants. Nine teams participated for the honour of representing Clare in Munster. 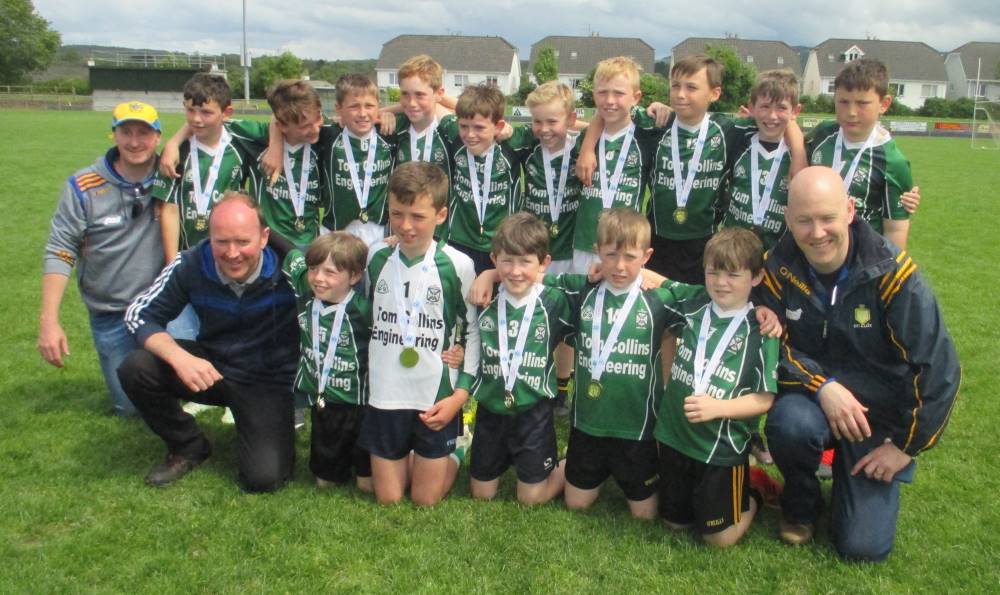 The St Francis Credit Union Clare Community Games U11 hurling competition took place in O'Garney Park, Sixmilebridge on June 3rd (Bank Holiday Monday).  Many thanks to Sixmilebridge/Kilmurry Community Games Committee and Sixmilebridge GAA club for running a superbly organized tournament especially Kevin Phelan who coordinated it. Best of luck to Derg as they go on to represent Clare in the Munster Community Games finals in July.