The St Francis Credit Union Clare Community Games Futsal competitions were held on Sunday 12th May in Corofin GAA Hall. The standard was very high with some matches decided on penalties. It was coordinated by Flan Brennan and his very efficient team of helpers.

In the boys U13 competition five teams participated. In the first round Corofin/Kilnaboy met Moylussa “ it finished all square at full time Moylussa 2 won 3 – 1 after penalties. In the semi finals Lisdoonvarna/Doolin/Kilfenora/Kilshanny were beaten 6 – 0 by a much stronger Moylussa 1. While Moylussa 2 went down to Ballynacally/Lissycasey 7 – 0.The final was a very close match between Ballynacally/Lissycasey and Moylussa 1 with the east Clare side winning 2 – 1.

In the Boys U15 only four teams took part. In the semi finals L.D.K.K. was beaten 3 – 2 by Corofin/Kilnaboy while Ennis St Johns beat Moylussa 2 – 1. The final between Corofin and Ennis St Johns was an extremely exciting close match with Ennis coming out on top by the narrowest of margins 3 – 2 to take the gold and the honour to represent Clare in the Munster finals in July. 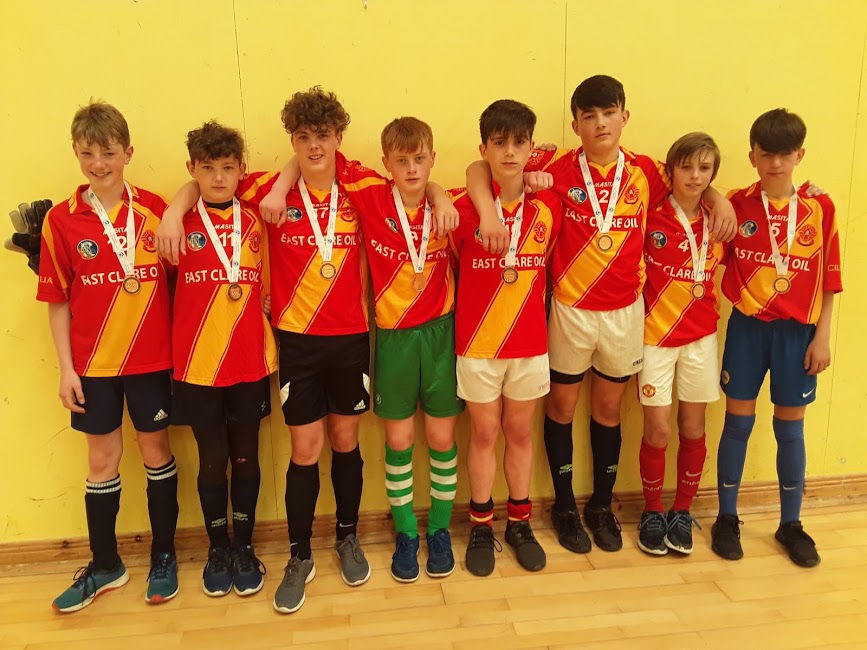 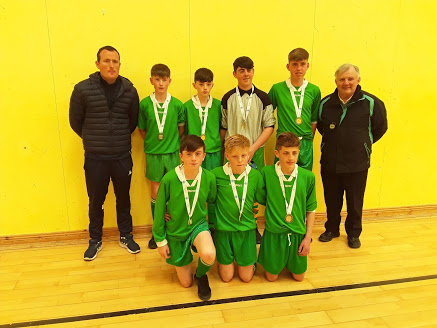