The St Francis Credit Union Clare Community Games Pitch & Putt competitions for boys & girls took place on Sat 16th June at the Half Way, Ennis. It was coordinated by Jimmy Maher assisted by Connie and Anna Corry. Jimmy in thanking Patricia and Paul Coote for their facilities held a minutes silence for the late Frank White R.I.P. owner of the Halfway. A reduced number of teams participated due to change of date. The boys played eighteen holes while the girls played nine. The medals were presented by Jamsie O'Connor Clare's All Ireland winning hurler 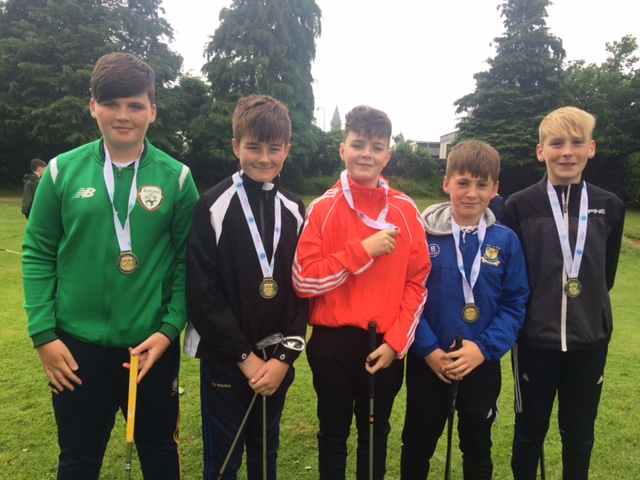