The Golden Vale Milk Clare Community Games Project competition took place in Sixmilebridge School on Wednesday 29th Feb. There was a good turnout with three U13 teams and seven U11 entries, all of exceptionally high standard. Many thanks to judges Siobhan O'Sullivan, Frank Monaghan, Danielle O'Brien and Declan Harem; to Mary McNamara who co-ordinated the event and to Sixmilebridge School for providing the venue. Well done to all who took part - a huge amount of work was put in by all those participating - and good luck to the winners who represent Clare in Athlone in May. 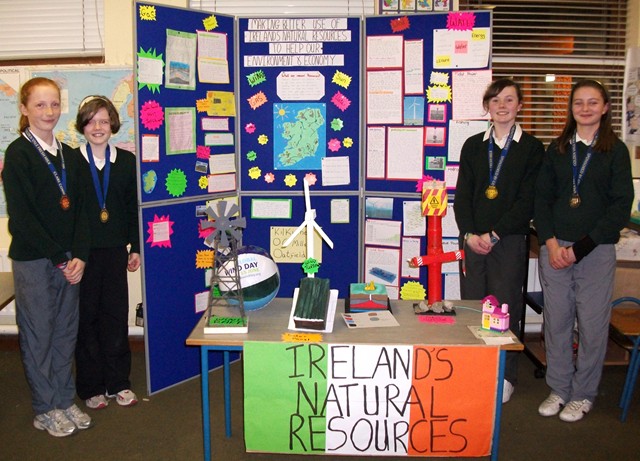 Under 13 - How can Ireland utilise its natural resources most effectively?

Under 11 - Create your own Country