The St Francis Credit Union Clare Community Games Tag Rugby competitions for U11, U14 & U16 were held on Sunday 19th Feb in Clarisford Park in Killaloe. The standard of competition was extremely high with teams vying for the opportunity to represent their county in the Munster Finals. A very competitive day was had with fantastic performances from all teams - three games going to extra time. For some areas it was their first time taking part in Tag Rugby. A fun day was had with the rain and mud adding to the excitement. Thanks to Killaloe for hosting this event and a very special word of thanks to Deirdre and Noel Coleman and their large group of volunteers. 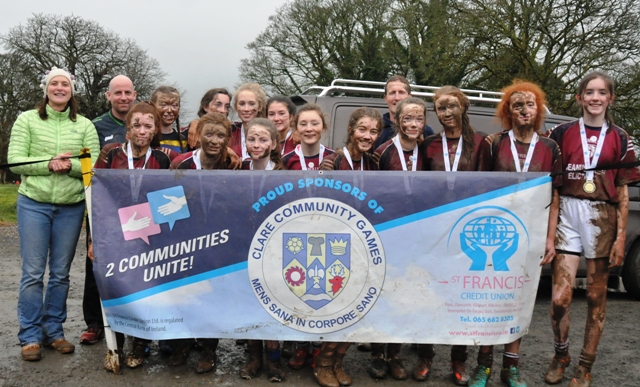