The U13 Boys St Francis Credit Union Clare Community Games Table Tennis tournament took place in Cratloe GAA Hall on Sunday 22nd January. A round robin format was used as there were three teams competing - one from Cratloe and two from Doora-Barefield. There was a large number of singles matches followed by a round of doubles matches.  The standard was good and there were some long rallies and close matches. Many thanks to Sara Cavanagh from Cratloe who co-ordinated the event and to the Cratloe GAA who provided an excellent venue.  In the end, the Doora-Barefield (white) team came out on top with Cratloe close runners up. 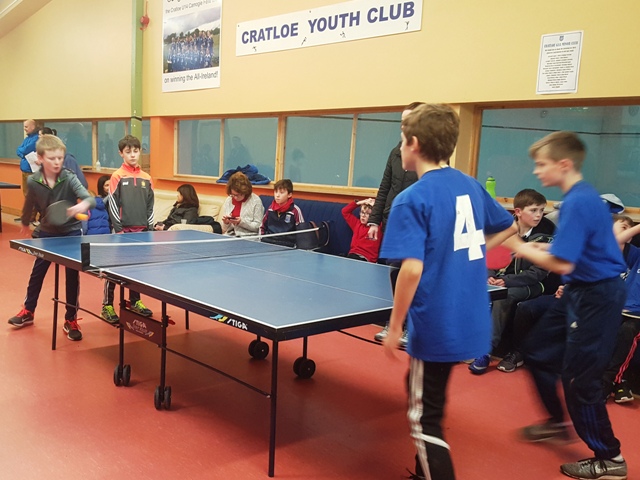